It's a big one! Through constant iteration of test versions and discussions in Discord, this version has reworked almost every system in the game. There's a huge focus on usability, making mechanics intuitive to new players, and streamlining everything for the Battle Royale mode. I'll go into detail below, but here are some of the biggest changes:

Skill Penalties Removed
The skill system has been reworked in a number of ways. The biggest change is the removal of skill penalties from active skills. Over 15 confusing and unintuitve penalties removed in a single version! Replaced with a single, simple, and easy to understand drawback - the mana you use to cast it. Much simpler.

There's a new philosophy guiding how the skills behave in this version, and that is "bigger is better" (heh). Previously skills didn't make you more powerful because they had penalties. In some situations these penalties would actually make you weaker. While good for competitive gameplay, this was very unintuitive to new players, and not too fun either. So now skills will always make you stronger. And the more skill points you have, the stronger you become. To do this every skill in the game has been reworked, changed and simplified to make them as inutitive for new players as possible. There are also fun new skills such as X-Ray vision which lets you see through walls.

Skill Tree Reworks
The skill system itself has been streamlined too. For starters, you can now only unlock a maximum of 3 active skills. Before there was no limit, allowing you to get up to 15 active skills, which of course was ridiculously difficult to manage. Now with 3 only there are 3 dedicated hotkeys to use your 3 abilities (right click, C and Z). It feels MUCH easier to cast your skills without having to remember what number cast what ability.

But wait, there's more! The skill trees actually do something now, because once you invest into one of the trees you are unable to invest into the others. This forces players to adopt a certain playstyle and is more similar to the hero or class-based combat seen in other games. However if you really want to multi-tree you can, but it will cost you 6 extra skill points to unlock extra trees. There are more changes too, like the ability to invest synergy points every 8 levels (which are now super powerful), and the ability to reset your skill build mid-game to experiment with different options. 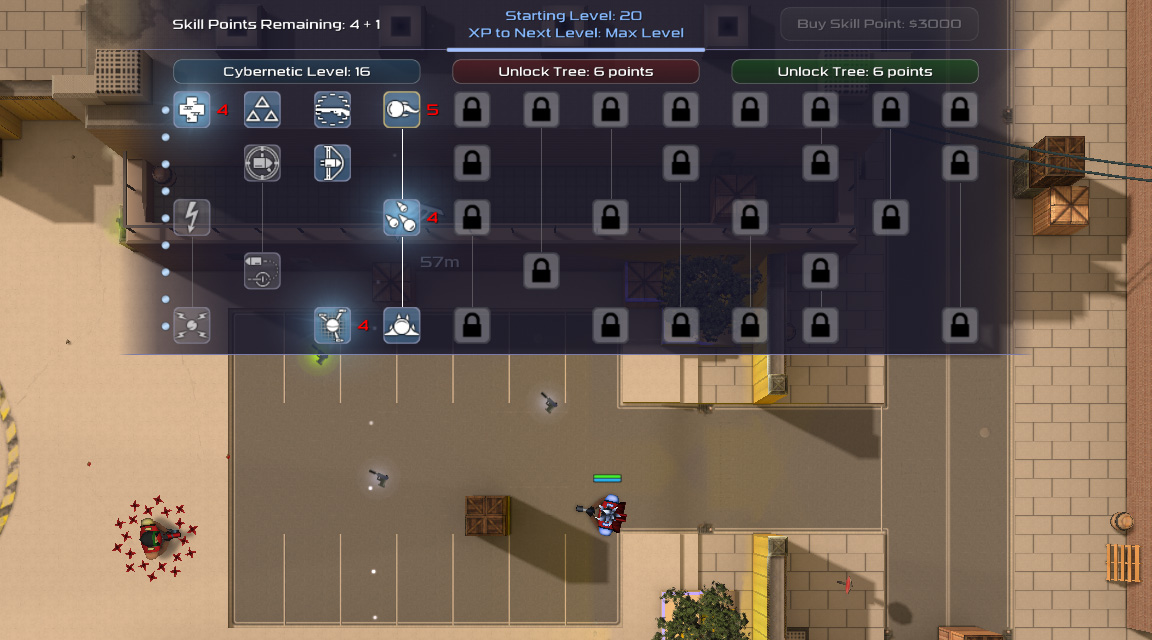 The Knife is Dead
I've changed how the weapons behave as well. The most important one is that knife no longer kills in 1-shot. Honestly it was silly how powerful the knife was before, but now it only does a mere 35hp damage.. unless you charge it. You can now hold the mouse down to start charging your knife, and only after doing this for 1.5s will you be able to do a full 1-shot stab. This massively nerfs knife in normal combat, but still keeps it interesting for ambushes.

T-T-T-Tactical Combat
Weapons have had some big sweeping changes made to them. For starters, the concepts of damage fadeoff and movement recoil are now removed. Don't know what those are? Don't worry... no one did. That's why they're removed. It wasn't intuitive enough. Weapons now do the same damage at all ranges, making combat a lot more powerful at long distance. Furthermore, weapons will now slow your enemies when you hit them, similar to the tagging system used in CS:GO. This makes combat a lot cleaner and makes cover a lot more important, because if you get hit out in the open you're a sitting duck.

Chemical Convenience
The chemical system is great fun if you know how to use it. But it has always been to hard to use. Well no longer. The biggest change here is that you can buy chemcials from anywhere in the map! Just press B and buy whatever chemical you want. This makes it much easier to set up a base and start building in your favorite area, as you no longer need to trek the chemical all the way across the map to place it. Also you can now hold CTRL to pick-up your existing chemicals off the ground for free. There is also a brand new chemical too called "Goo Trap", which will slow enemies as soon as they step inside it, making this the first combat-oritented chemical. 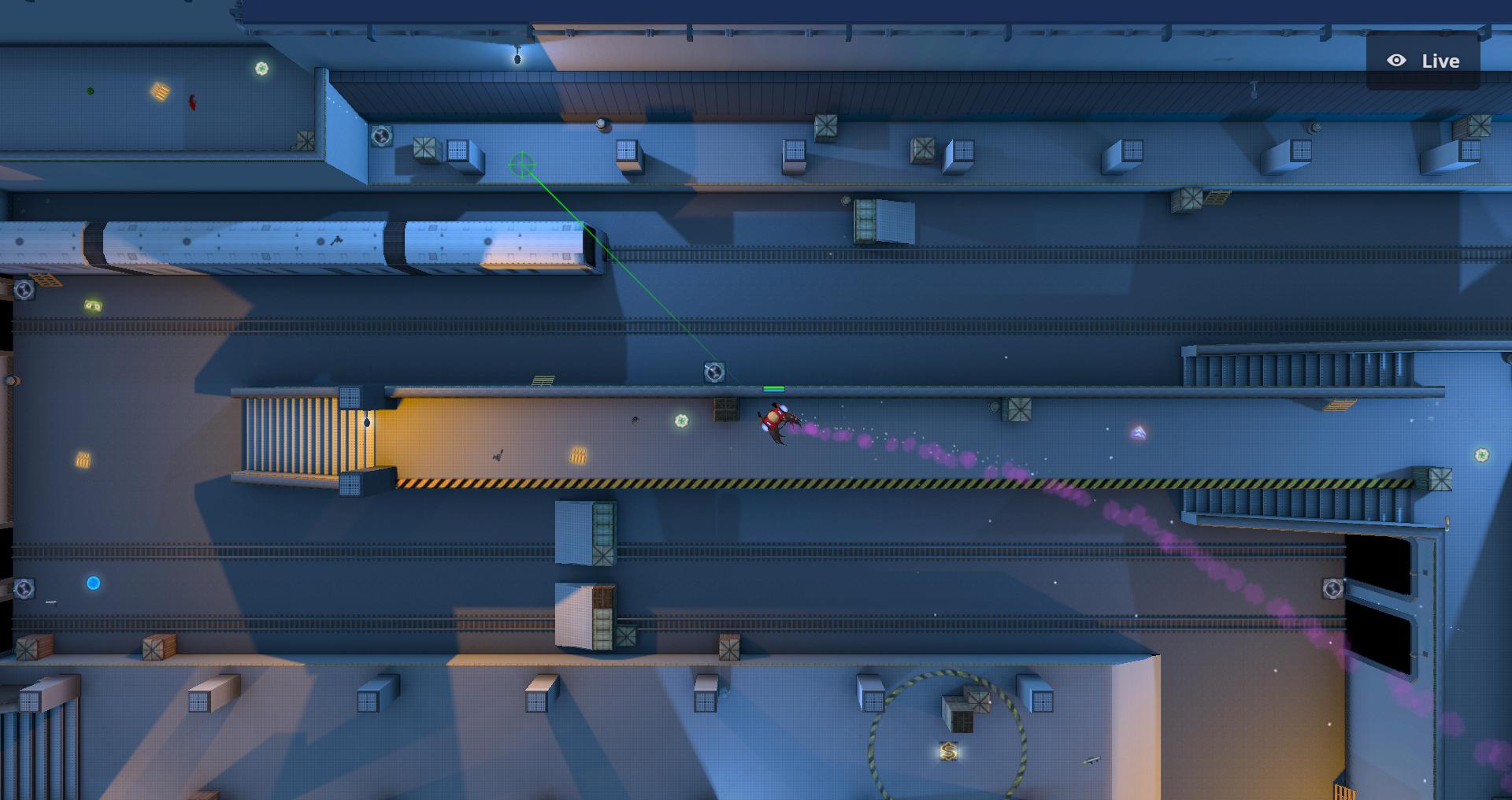 Cosmetics Unlock with XP
The old "community credits" system that I made back in 2010 has finally been removed from the game, and merged into the new and improved XP system. It's super streamlined and means that you can now purchase cosmetic unlocks like capes and lightsabers with XP instead of community credits. This is great news, because everyone has XP and no one even knew how to earn community credits.

General Combat Streamlining
Combat has been streamlined in other areas as well. There is a big focus on reducing the number of unnecessary key-presses, so you can focus on actually playing the game and not messing about with the keyboard. One way this has been achieved is by removing the default heal that was activated by CTRL. Instead of having to heal yourself during combat, the game will now automatically heal you once you've been out of combat for 4 seconds.

New Battle Royale Mechanics
Zombies now have a new ranged weapon called Pests, which is a lot more fun to play with than the melee claws. It is no longer possible to buy weapons from the centre of the BR circle, forcing you to loot fully before commiting to the final showdown, as you can't rely on the buy zone anymore. Random weapon around the map have been given random damage buffs as well, making looting a lot more fun as you might pick up a rifle with x1.15 damage. And more. Much more.

Balance Changes
So much has changed in this version I can't write a full list. So here are the top 10% most interesting changes this version, cause I can't type them all out.


April Fools!
Ok that's it! Oh also, there is a special flaming hot easter egg in the game available only for today. Enjoy!